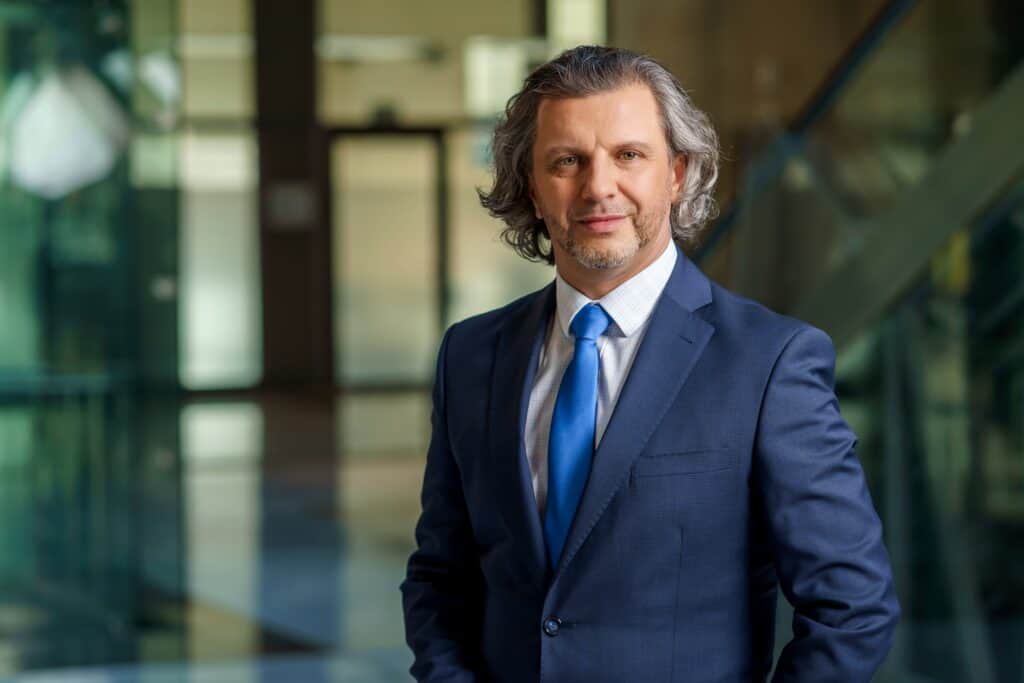 Piotr Zawistowski has been in the energy industry since 2000. He started his career in the sector as a power trader at Zakład Energetyczny Legnica and later with EnergiaPro Koncern Energetyczny S.A. In 2007-2008, he actively participated in the inception of EnergiaPro Gigawat, where he became Director of the Analysis and Risk Management Department. From 2008, he was Director of the Portfolio Management Department of TAURON Polska Energia S.A., where he took part in a number of key projects including as Project Manager responsible for the development of TAURON Group’s business model and for the integration of trade functions with GZE (Vattenfall) Group companies.

From May 2014 to December 2015, he was President of the Management Board of TAURON Obsługa Klienta sp. z o.o., and from December 2015 to March 2017, Vice President of the Management Board and Head of Customer Service and Trade with TAURON Polska Energia S.A., responsible among others for the development of TAURON Group’s offer of electricity and gas products.

Piotr Zawistowski holds an MA in Corporate Management from the Wrocław University of Economics (2002). He completed a post-graduate programme in Sales Management at the Higher School of Banking in Wrocław (2007).