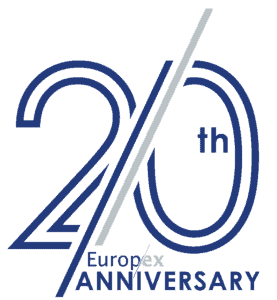 Pieter Schuurs (President and COO of ICE Endex) is re-elected Chairman of the Board for his third term, while Borut Rajer (Director of Operations, Borzen), Jonas Törnquist (COO, EPEX SPOT), and Piotr Zawistowski (President of the Management Board of TGE) continue in their roles as Board members. Andrea Péruzy (Chairman and CEO of GME) and Ahmet Türkoğlu (CEO of EPİAŞ/EXIST) are newly elected to the Board.

Pieter Schuurs, President and COO of ICE Endex, is re-elected as Europex Chairman and will serve his second full term. Borut Rajer (Director of Operations, Borzen), Erling Thiis (CFO, Nord Pool), Jonas Törnquist (COO and Member of the Management Board at EPEX SPOT) and Artur Trindade (President of OMIE and Chairman and CEO of OMIP) will also continue in their roles as Board members. Piotr Zawistowski (President of the Management Board, TGE) was newly elected to the Board.

Jonas Törnquist, COO and Member of the Management Board at EPEX SPOT, is elected to the Europex Board. He replaces Jean-François Conil-Lacoste who had announced the end of his mandate as Chairman and CEO of EPEX SPOT. Jean-François Conil-Lacoste will simultaneously resign from his current position as Europex Board member which he has held since May 2016.

Pieter Schuurs (President & COO, ICE Endex) is re-elected as Chairman of the Board while Jean-François Conil-Lacoste (CEO, EPEX SPOT) and Egbert Läge (CEO, Powernext) continue in their roles as Board members. Borut Rajer (Director of Operations, Borzen), Erling Thiis (CFO & acting CEO, Nord Pool) and Artur Trindade (Vice Chairman of OMIE and Vice Chairman of OMIP) were newly elected to the Board. 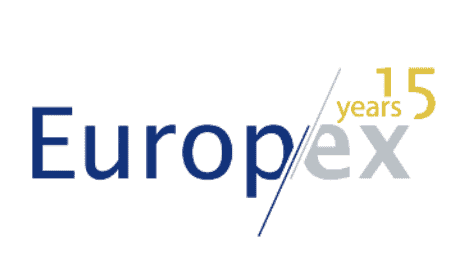 After being located on Rue Montoyer for eight years the Europex Secretariat moves to Rue Archimède 44, representing an important milestone for the Association. The new location near the Berlaymont building, the heart of the European district, accommodates an expanding team, providing an even stronger presence in Brussels and a more accessible venue for meetings and other events.

At its annual meeting on 24 May 2016 in Leipzig, Germany, the General Assembly of Europex elects Pieter Schuurs, President & COO of ICE Endex, as the new Chairman of the Association.

In addition, Jean-François Conil-Lacoste, Chairman of the Management Board of EPEX SPOT, is elected to the Europex Board. The election follows the departure of Massimo Ricci who was no longer eligible for the position of Europex Chairman.

Following the recent integration of the businesses of EPEX SPOT SE and APX B.V., the General Assembly agreed to transfer the Europex membership of APX B.V. to EPEX SPOT SE.

On 29 January 2016, Europex admits its 26th member: IBEX, the Independent Bulgarian Power Exchange (Bulgaria). IBEX was established in 2014 and is based in the Bulgarian capital of Sofia.

The General Assembly approves the new Articles of Association (AoA), which set out rules for the functioning of the association and confirms the full membership of PXE – Power Exchange Central Europe (Czech Republic).

The General Assembly endorses a new governance structure to apply from 2014 and elects a new Chairman, Massimo Ricci, CEO and Chairman of GME.

The new governance structure creates the Europex Board and establishes the position of Head of Working Group. The Board comprises six members: the Chairperson of the Board and five additional Board members who are elected by the General Assembly for a two-year term.

Europex becomes the “Association of European Energy Exchanges” and launches a redesigned website for the occasion.

José Carvalho Netto, Chairman and CEO of OMIE and OMIP is elected Chairman. He held this position until the end of 2013.

The Europex Secretariat is established with a formal office in Brussels. Jean-François Conil-Lacoste, CEO of Powernext, is elected Chairman. He held this position until the end of 2011.

Salvatore Zecchini, President of GME, is elected Chairman in November 2008. He held this position until July 2009.

Manuel Coxe is appointed as the first Secretary General of the Association. He formally took office in February 2009 and held this position until January 2015.

OMIP (Portugal) and Belpex (Belgium) become full members. Torger Lien, CEO of Nord Pool ASA, is elected Chairman in December 2006. He held this position until the end of 2008.

In December 2004, Damjan Stanek, CEO of Borzen, is elected Chairman. He held this position until the end of 2006.

The seven members elect Bert den Ouden, CEO of APX, as the first Chairperson of the Association.

María Luisa Huidobro, CEO of OMEL, the Spanish power exchange, is appointed as interim Chairperson to supervise the setup of the Association and organise the first elections in 2002.